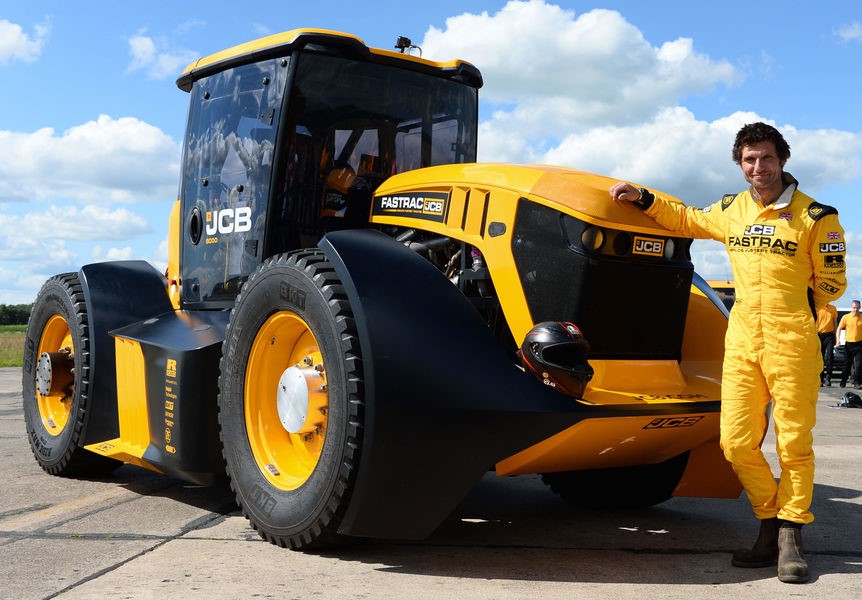 JCB has set a new British speed record for tractors with its high-speed Fastrac tractor.

The tractor notched up 103.6mph at Elvington Airfield, near York, with TV presenter and engineering guru Guy Martin behind the wheel.  It smashed the previous 87.27mph record set in March 2018 by Top Gear’s Track-Tor.

Guy Martin said: “It had been a great day with the JCB at Elvington, proper job with some right proper engineers. She felt rock steady on the runway, job’s a peach.”

A team of JCB engineers has been working on the secret project to develop the tractor over the past few months and today JCB Chairman Lord Bamford praised their “amazing achievement.”

“We’ve long harboured a dream to attempt a speed record with the Fastrac and the whole team has worked tirelessly to achieve this amazing result. I’m extremely proud of what they have achieved in such a short space of time.”

The chairman went on to say. ‘‘It is British engineering at its best and it really does highlight the skills and innovation we have in our engineering team. They have done a truly fantastic job.’’

It was Lord Bamford’s idea to develop a tractor which had a high road speed capable of field work and the speed record achieved yesterday came exactly 28 years to the day since the first production model rolled off the line.

JCB is no stranger to land speed records. In 2006, its DieselMax streamliner set a new diesel land speed record when it reached 350.092mph on Bonneville Salt Flats in the USA, using two JCB DieselMax engines. It’s a record that still stands to this day.

Based on the Staffordshire maker’s Fastrac farm tractor, the record-breaking tractor is powered by JCB’s 7.2 litre, 6-cylinder DieselMax engine produced at its factory in Derbyshire.  Capable of delivering 1,000hp and 2,500Nm of torque, the Fastrac had been put on a diet and had its aerodynamics enhanced with the help of Williams Advanced Engineering.

The full story of the Fastrac's record-breaking feat will be told in a special Channel 4 programme in the UK to be aired later in the year. 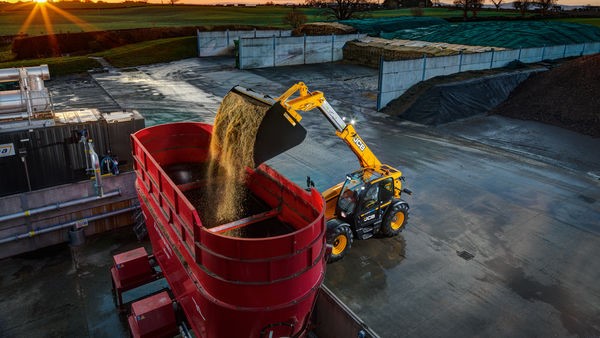 JCB has been granted a preliminary injunction by a French court against Manitou which orders the company to stop producing telehandlers featuring a patented JCB productivity device.

The ruling by the Judge at Court of the First Instance in Paris means that the company, based near Nantes, cannot manufacture, sell or lease telescopic handlers equipped with the patented feature.

JCB CEO Graeme Macdonald said: ‘‘We invest many millions of pounds in developing and patenting innovative and sophisticated engineering solutions which benefit our customers all over the world. We will not tolerate any copying or infringement of our intellectual property rights wherever in the world they occur.’’

“We invest many millions of pounds in developing and patenting innovative and sophisticated engineering solutions which benefit our customers all over the world.”

During operation of Loadall telescopic handlers fitted with JCB’s patented Longitudinal Load Moment Control (LLMC) system, sensors monitor the weight being retained on the rear axle. If the sensors detect the rear axle weight is reducing past a pre-set threshold, then the system gradually locks out the hydraulics to prevent further weight being transferred from the rear axle to the front, therefore avoiding the machine tipping forward.

To allow operators to drive continuously without any loss of productivity, JCB has a patented feature on its LLMC system that automatically disengages the device while the machine is moving (EP 2 263 965). This feature prevents JCB’s telehandlers unnecessarily locking out the hydraulics and giving false indications of instability when the machine is simply re-handling or travelling over rough ground. It is the use of this feature the French court has ordered Manitou to cease by March 13th. The court also ordered Manitou to pay costs in the case. 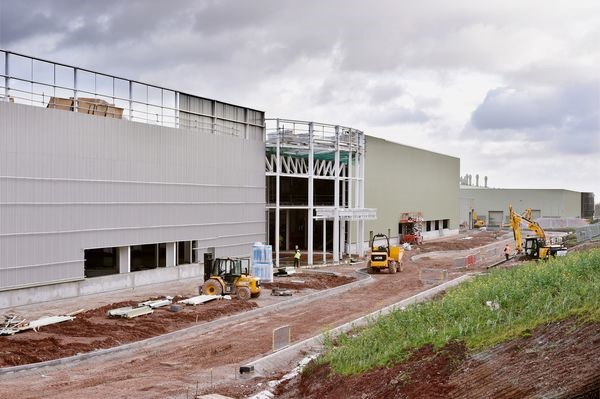 Construction work on the new £50 million JCB Cab Systems factory is forging ahead as it targets a summer opening.

The shell of the 350,000 sq ft plant next to JCB Heavy Products and the World Parts Centre at Uttoxeter is on course to be completed slightly ahead of schedule ready for high-tech production line facilities to be installed from March onwards.

The investment, one of the biggest in the company’s history, will create the most advanced and productive cab facility in the world with a computer controlled production line, fully-automated painting facility and robotic welding. The new site will accommodate 400 employees, who will relocate from Rugeley.

JCB Cab Systems’ General Manager David Carver said: “We are delighted with progress on the new site. A strong team focus on the delivery timeline and favourable weather means completion of the infrastructure and main building is ahead of schedule. Our focus is on building a plant that supports the company’s global growth plans and enables us to work far more efficiently.

“A weld automation facility destined for the new factory is currently being trialled at Rugeley.  In addition, a computer-controlled production line, fully-automated painting process, and other high-tech features will ensure we have the most advanced cab facility in the world. A phased programme of moving production to the new site will be implemented from July onwards.” 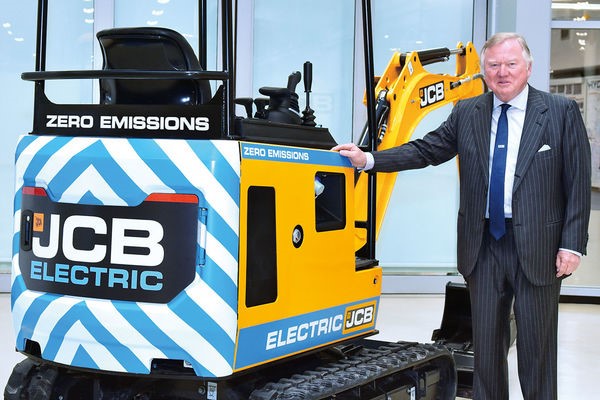 JCB has developed its first ever electric digger in response to customer demands for a zero emissions machine which can work indoors, underground and close to people in urban areas.

The 1.9 tonne mini excavator can be charged by simply plugging it into a standard 230 volt domestic electricity supply. Once fully charged, it is ready to put in a full normal working day on the building site – digging with the same speed and power as its diesel counterpart.  Super-fast charging will also be available at launch, slashing the charging time in half.

The innovative product goes on sale at the end of year after being developed in secret at the company’s Staffordshire HQ. Its development has been spearheaded by company Chairman Lord Bamford who today heralded its arrival as a “real breakthrough” for the construction sector.

Lord Bamford said: “JCB has been at the forefront of developing innovative, low emission diesel powered construction equipment for decades. In fact, thanks to our clean diesel technology, typical JCB machines will be pretty close to zero emissions by next year.

“However with urbanisation, machines are operating more closely to people as well as digging underground, indoors, near hospitals and in food production environments. As a result, there is a new zero emissions sector emerging and it’s emerging very quickly. It’s for this reason we have put ourselves at the forefront of alternative power technologies and developed the first ever electric JCB digger.”

The machine – known as the 19C-1 E-Tec - will not only deliver zero emissions, it will also be the quietest in the JCB range. This means contractors can work after normal hours in urban streets, around hospitals and close to schools without disturbing people. The machine also has a retractable undercarriage to enable it to negotiate tight spaces.

The electric excavator has an electric motor and three advanced lithium-ion battery packs, to deliver a full energy capacity of 15kWh. 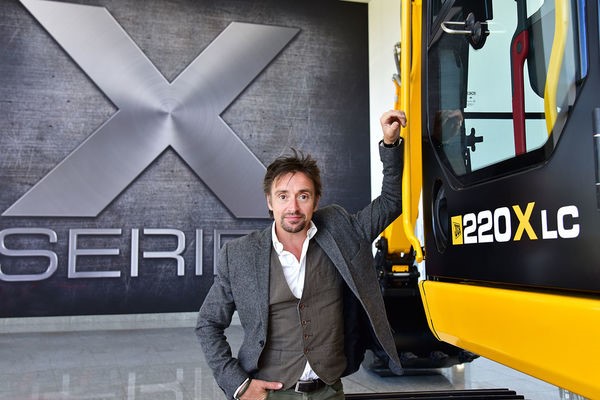 TV celebrity Richard Hammond today got behind the controls of two of the world’s most innovative machines manufactured for the construction and agricultural industries.

The Grand Tour presenter visited JCB’s World Headquarters at Rocester, Staffordshire and JCB Heavy Products in Uttoxeter where he put the company’s high-powered machines through their paces.

He took the controls of the brand new 20-tonne tracked excavator, the 220X, which was launched earlier this year following a £110 million development programme.  Next for a test drive was the high speed JCB Fastrac 8000 Series tractor, which reaches speeds of 70kph.

“It’s great to be here at JCB where the machines are so tough that I think even I will struggle to break anything. JCB is an iconic brand and when you think of engineering excellence, boldness and innovation, these big yellow machines are right up there with the best.”

JCB Worldwide Marketing Director Michael Plummer said: “Richard has driven many vehicles over the years and we are delighted that JCB’s machines have been put through their paces by such a well-respected authority in the motoring world.” 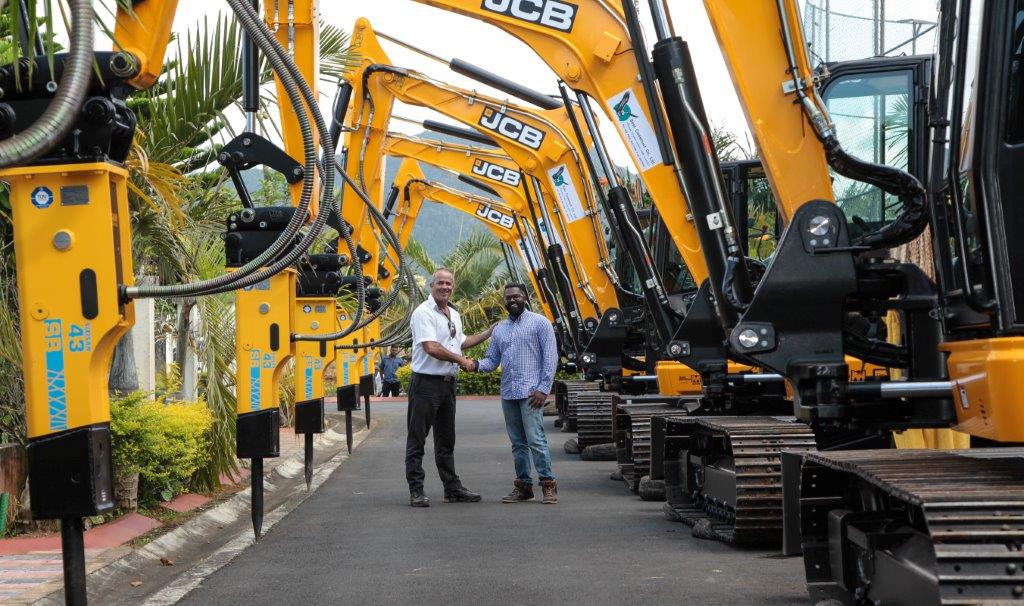 A leading Mauritian building and civil engineering firm has placed its largest ever equipment and attachments order – with a deal for JCB equipment worth Rs60 million.

This milestone order takes Best Construct’s JCB fleet to a total of 33 machines, with 70 machines in total working across a dozen of Mauritian sites at any one time. The latest arrivals will be put to work across the Island on a one billion rupees water pipework rehabilitation programme aiming at giving 24hr access to drinking water for the whole Island population.

Best Construct’s Executive Director, Dayen Murden said: “The newly delivered 3CX are performing well as usual, returning good fuel economy and proving popular with our operators for their smooth operation and all-round capabilities. We decided to order the new compact excavators as we are going to operate on various sites with space constraints and within residential areas where noise pollution is going to be an issue. The new models are very silent and the decision to buy exclusively JCB gives us consistent control systems across the fleet – so operators can easily switch between machines and on top of that the LiveLink system is proving to be a very productive monitoring system”.

“We have always found JCB products to be reliable and well-priced, with strong residual values and we receive great support through our long-standing relationship with our local dealer MECOM.” 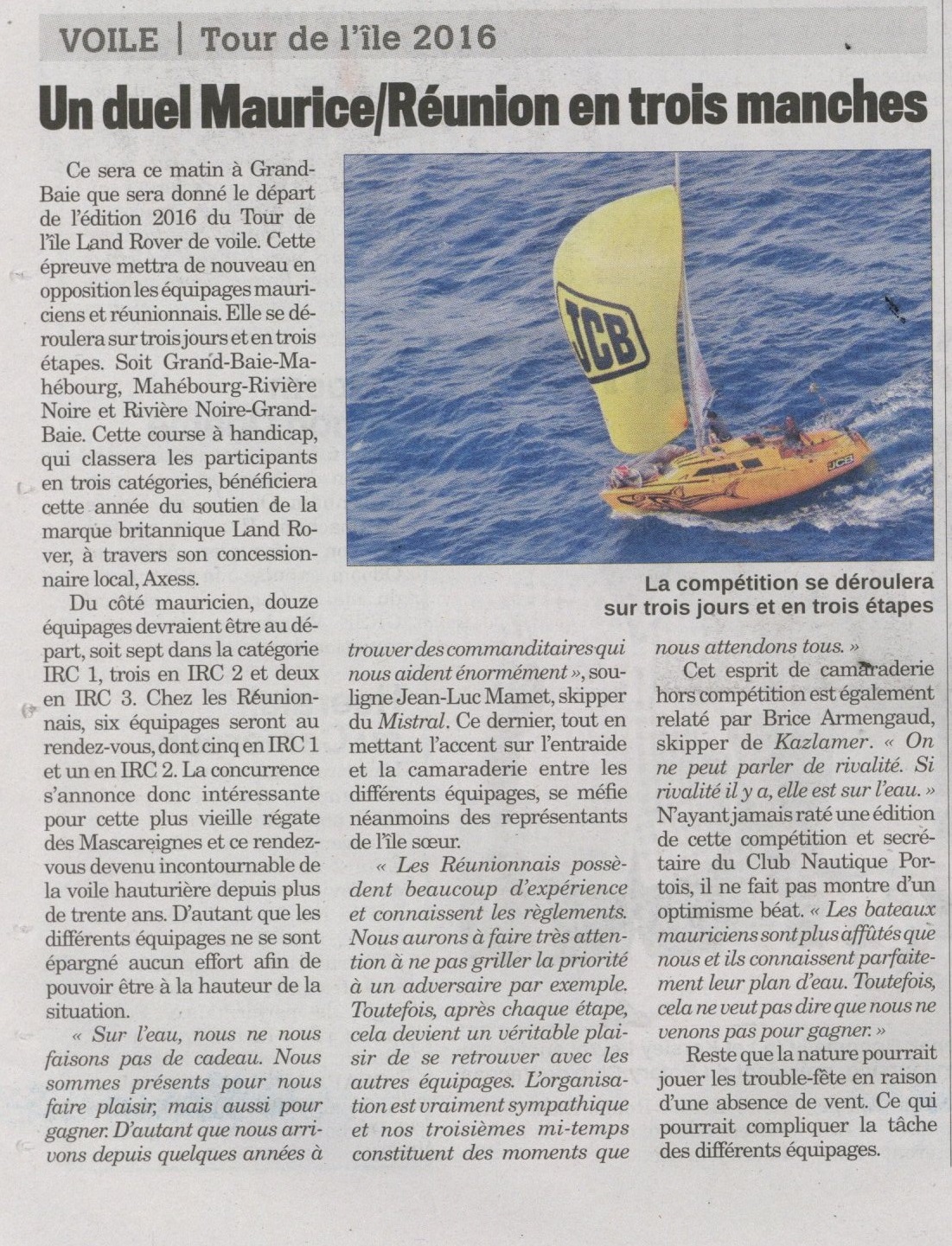 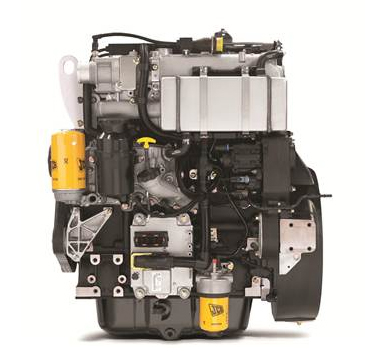 JCB has won one of the biggest engine supply deals in its history after securing an annual contract worth around £4.5 million.

The milestone agreement will see the company supply Terex GB Ltd with engines to power site dumpers made at the firm’s Coventry plant – just as JCB celebrates a landmark 10 years of engine manufacturing.

The engines - made by JCB Power Systems in Derbyshire, UK - will be the latest fuel efficient Ecomax 55kW/74HP stage3B/Tier 4 Final models. Initially they will power two Terex site dumpers in its range: the TA6 and TA6S.

JCB CEO Graeme Macdonald said: “The engine supply contract is a major milestone for the JCB Power Systems business. It is one of the biggest engine supply deals in the company’s history and is testament to reliability and efficiency advantages that the JCB Ecomax engine offers customers.”

JCB began producing engines at its plant in Foston, Derbyshire at the end of 2004 and engine production was extended to India in 2011. To date JCB has produced 350,000 engines globally. JCB engines now power more than 70 per cent of JCB’s products. JCB Power Systems is also enjoying growing success in selling engines to other industries worldwide.